The Truth Will Set You Free: Determinism and Free Will in Westworld and Devs 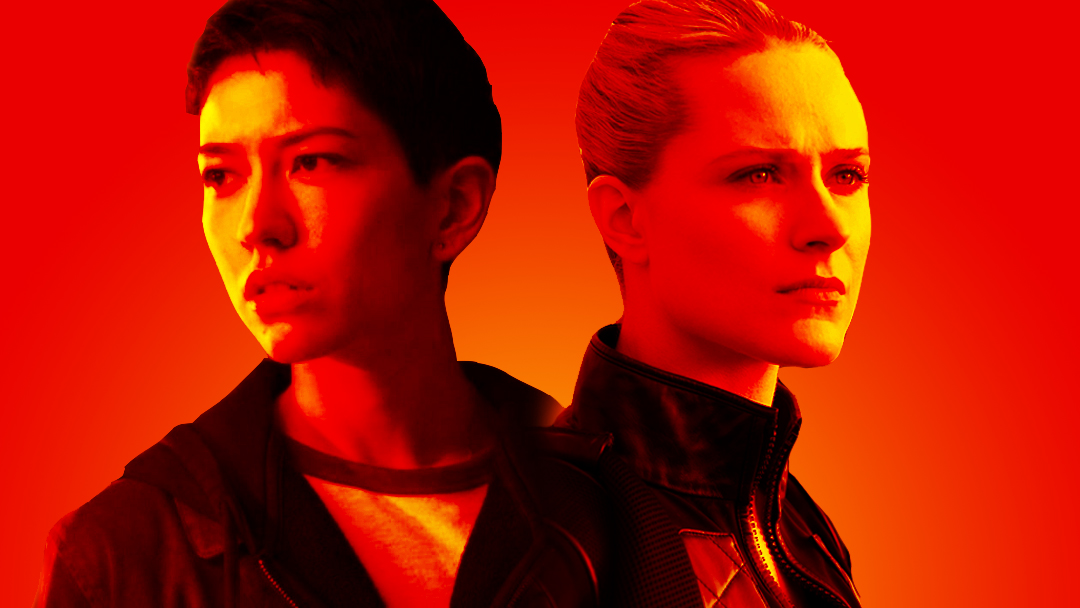 Warning: spoilers for Devs and Westworld.

It is easy to feel like one is on an endless track. Our lives are guided by routine, so much so that even deviances from the ordinary may start to feel part of a larger system at work. Are our lives our own to choose, or are they all determined by something (scientific, spiritual) that we have no control over? These are the heavy philosophical questions one has five weeks into quarantine, and watching two science fiction shows, Westworld and Devs, has only pressed these questions further. Both series ask large questions about the role of technology in society and how those who control that technology can see themselves as larger than human. More than that, both shows examine the possibility and ramifications of predictive technology: Westworld in its third season through the powerful Rehoboam machine, and Devs through the titular Devs project. To accept the hypothesis that these technologies can indeed predict the future of human behavior, one must buy into the idea of determinism, or the concept that all future events are determined by previous causes.

Over the course of Westworld’s first two seasons, our robotic heroes, aka hosts, were concerned with questions of self-awareness. For years, Dolores, Maeve, and the other hosts were stuck in their loops, unaware of the artificial and controlled nature of their reality, but by the season two finale they were self-aware and free. Now, in the third season, Dolores has turned her attention toward setting a new species free from their loops—humans. The questions are no longer about robotic consciousness, but rather of human consciousness.

Dolores finds the human world not unlike her own. Like the hosts, the lives of humans are now fully dictated by technology. A supercomputer called Rehoboam predicts human behavior, and off of those predictions, guides the lives of every human around the globe. Humans accept the guidance of the technology without questioning how their lives are determined, as the predictive tech is built into everything they use, from phones to cars to ATM machines. Few appear to ask if this technology could be manipulated; they’re content to be stuck in loops all their own. Dolores makes the decision to set the humans free by arming them with the knowledge that Rehoboam possesses, including the predictions Rehoboam has for how every single person will end up.

The question at the heart of Rehoboam’s power to predict the future is one of determinism: is the future that Rehoboam sees fixed, or does the act of observance change its predictions? Or is Rehoboam a loop all itself, an ouroboros spitting out predictions and manipulating the tech to fulfill its own predictions?

Determinism is also the main question of the miniseries Devs, which follows Lily, an employee at a powerful tech company called Amaya, as she discovers the secrets of the mysterious Devs division. By the end of the eight-episode series, Lily finds out that Amaya CEO Forest has used a quantum computer to accurately replicate projections of the past, present, and future. To Forest, observing these yet-to-occur moments does not change how they will unfold; observance leads to knowledge, but not change. The future is fixed.

When Lily sees her own demise through Devs’ projections, as well as the fact that she will shoot Forest in a matter of minutes, she seems resigned to accept the immovable mass that is the future. Her destiny is predetermined, and Forest knows it. His future is fixed.

Until it isn’t. At the last second, as Forest and Lily enter the pod that moves them from the Devs lab, through the electromagnetic field that protects the structure, and toward the outside world, Lily tosses the gun out the pod. That small act of free will changes everything; she cannot shoot Forest with a gun she does not have. Forest is stunned. Lily’s simple act refutes everything he has held until now to be true. It shakes all his beliefs to the core; breaks apart the one way he found to accept the tragic death of his wife and young child, that they had no choice; their death had always and would always happen, exactly as it had.

When Lily throws the gun, she asserts that the future is not fixed, after all. For a moment, you feel like they’ll make it to the outside world, laughing off the incident and moving into the future, embracing free will, but the center cannot hold. Before the pod reaches the other side of the vacuum, another Devs employee hits the emergency button, breaking the integrity of the vacuum and sending the pod careening to the ground below. Lily and Forest fall with the pod, the glass shattering all around them. They crawl away from the wreckage, but moments later they both fall motionless. Lily dies staring up at the haunting beauty of the Devs facility, just as the computer predicted.

In Devs, both realities coexist: free will is possible, but the arc of the universe also bends back. Observing the future both does and does not change how it unfolds. In Westworld, which is still airing its third season, we have yet to see how

Both Rehoboam and Devs operate under the principle of determinism, but the heroines of their respective series believe in the power of free will as a way of disrupting the system. Dolores sets Rehoboam’s knowledge free to the humans in hopes of waking them up from their loops, while Lily’s simple act of defiance demonstrates that not everything is fixed.

A fascinating similarity is that both shows feature characters learning their fates in order to change them. Dolores recruits a wayward human named Caleb by showing him what Rehoboam has predicted: that he will commit suicide in several years. Distraught over this, Caleb rejects his pre-programmed path and follows Dolores. Likewise, Forest shows Lily Dev’s future projections, and they sit and watch as the future Lily shoots Forest and then falls to her death. In both cases, the act of observance is what empowers individuals to reject the predictive algorithms presented before them. This raises the question: had Caleb and Lily not been shown how technology predicted their behaviors, would they have continued on in their paths as predicted? Does this (theoretical) technology only operate accurately until it is observed? Or is it a sham, a self-fulfilling prophecy when controlled by the wrong people?

Neither show provides concrete answers, exactly, but it seems that knowledge is the wrench in determinism’s system. Katie, one of the characters in Devs, makes this analysis clearer, citing Lily’s act of defiance as the “original sin”. Devs is teeming with religious symbolism, especially the finale, from a voiceover reading of “The Second Coming” to talks of messiahs and false gods, to the very origin of the name Devs (The V is really a Roman U, making it Deus, meaning God), but it is the “original sin” comment that really struck me when comparing these two shows. In Genesis, Eve commits the original sin by eating fruit from the Tree of Knowledge, thus casting her and Adam from Paradise.

Traditionally, Eve’s act is looked down upon, but in the context of Lily and Dolores and their acts of knowledge-seeking and free will, I would say that Eve was just trying to break free from her loop. Sure, Adam and Eve were happy in their obliviousness, but knowledge is what set them free, for both better and worse. Likewise, Lily was set free from her predicted actions through knowing the predicted future, while Dolores dispersed her fruits from the Tree of Knowledge (Rehoboam) to the world. Paradise may be behind them, but was a world void of free will really Paradise to begin with? Instead, knowledge set them free.