Every year around award season the glossy fashion and culture magazines go overboard trying to highlight rising stars and A-list icons alike for their Hollywood issues. Vanity Fair took us as far away as possible from the dreariness of pandemic living with a technicolor fantasy dreamed up by Maurizio Cattelan and Pierpaolo Ferrari. Variety hosted their classic "Actors on Actors" series, creating interesting combinations for dialogues, including Pete Davidson and Glenn Close in conversation with one another.

I typically look forward to W's Best Performances issue, their annual showcase of Hollywood's hottest talents. 2019's is a standout, featuring artful portraits from my favorite surrealist fashion photographer Tim Walker. In 2017 they paired dynamic duos together in beautiful photographs from Craig McDean, all with the winking tagline "Come Together". Peter Lindberg captured his subjects in dramatic black and white for the 2016 issue. Juergen Teller brought his signature verité style to the 2020 and 2018 issues, before returning to capture this year's talents. Usually, I quite enjoy Teller's knack for finding playfulness in his subjects, whether it's making certified giant Adam Driver appear at once out-of-proportion and comically small in a nondescript hotel room, or showing Andrew Garfield in my standard quarantine ensemble 3 years before it was cool.

This year, however, the feeling of effortlessness sank to new lows with a completely stripped-down version of Teller's typical in-the-moment flair. In fact, most of the portfolio appears to be captured on the corner of Romaine and Martel in West Hollywood, just around the corner from where I used to take tennis lessons. Features of this intersection include a construction site, a tree, confusing no-parking signs, and plenty of random cars. I know we're amidst a pandemic and photoshoots are hard to coordinate logistically these days, but this felt completely uninspired and quite dull. In this moment of dourness, the last thing we need is Steven Yeun looking every bit as mopey as we all feel. Where's the glamour? The Escapism? Just as we don't want COVID storylines in future TV shows and movies, we look to art, film, and photography for a respite from the world, not a reminder of it. If Tracee Ellis Ross looks bummed out about the world, imagine how I'm doing.

Anyway, needless to say, the Internet has had a lot to say about the photographs. And I...well, I have questions: 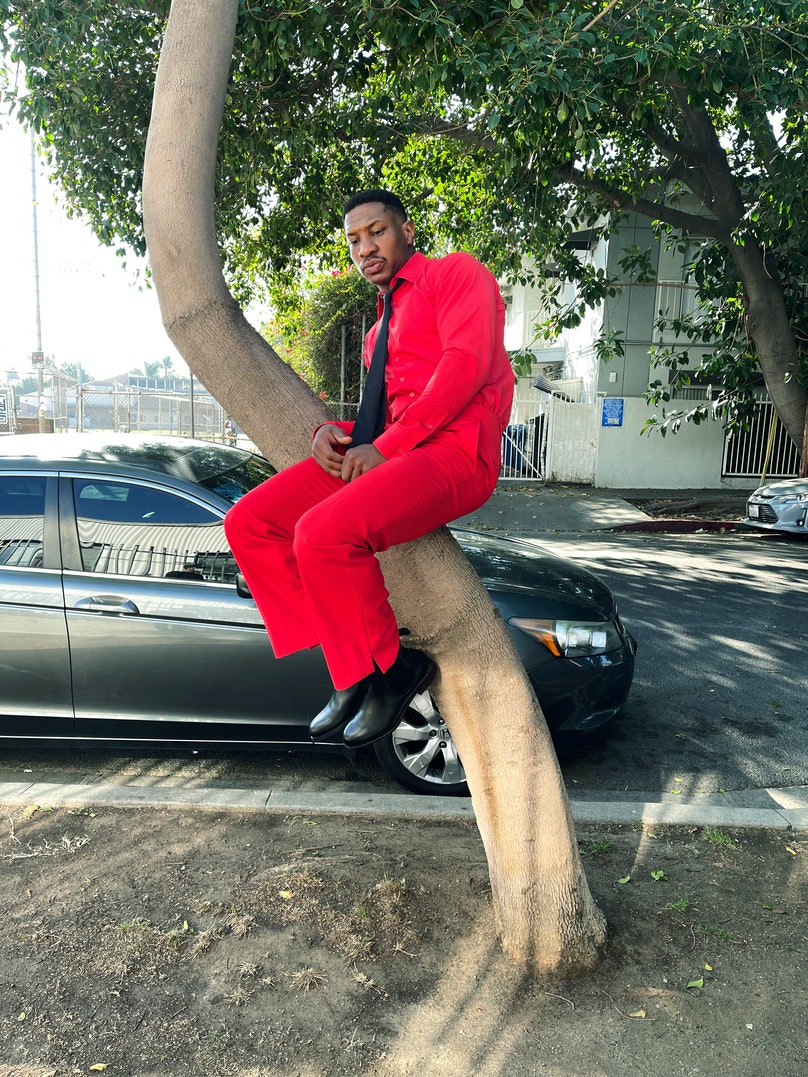