In anticipation of the highly-discussed "Snyder Cut" of Justice League (due in March), we're excited to introduce Part I of James' new three-part series examining Zack Snyder's work, especially as it pertains to his entries in the DC Extended Universe. Enjoy, and stay tuned for the next installments!

Many filmmakers have their signature, recognizable cinematic styles. Wes Anderson has his colorful shoebox shots and absurdist, monotone dialogue. The Coen Brothers are nihilists and make movies about how nothing actually matters because the world is chaos. Alfonso Cuarón has his long takes and beautifully complicated shots. Micheal Bay makes movies that aren’t good. Zack Snyder makes movies that are made for men about men with kick-ass abs, good punches, and rampant masculinity. Bunch of movies about strong boys doing violent stuff for noble purposes if you don’t think about what noble things actually are.

Snyder has been at the helm of a mostly terrible DCEU. A franchise that I’ve watched every movie from and I can’t figure out why. And I’m going to continue! I’m going to continue watching his personal version of toxic masculinity on display. I’m going to listen to his characters brood about how much being strong sucks. I’m going to let him tell me that diplomacy doesn’t work, only explosions do, the way he always has in nearly all of his film catalog. He’s used recurring themes and dressed them in different characters. Lessons his characters try to learn, but ultimately don’t. His version of Superman got that treatment in Man of Steel: Good Girl Gone Bad.

In the 1978 Superman movie creatively titled Superman: The Movie (dir. Richard Donner), our titular hero saves a cat. It’s an old trope to establish how kind-hearted a character is. It’s one of the first things Superman does during his costume debut in Metropolis. In the middle of saving the day, he goes to rescue a cat named Frisky and return him to a little girl. Said little girl tries to scold Frisky, but Superman interrupts and teaches her a little about empathy. Then goes back to saving more day! He’s good. He’s friendly and personable. He cares about the planet he grew up on. He’s loved by the general public, and he loves his job as protector of Earth. He saved an entire town, and when he noticed one person died, he literally invented a new way to turn back time just to save her! (Kind of implying he let everyone else die, but it was Lois Lane! The love of his life! Who he loves!) Later—sometime before 2013—Zack Snyder watched Superman: The Movie and thought, “Nah. None of that.” Then he made Man of Steel: Jesus Christ: Superstar.

Snyder’s version of Superman is distant, emotionally unavailable, portrayed as a god. Instead of saving the cat, Snyder made him the cat. Growing up, Jonathan Kent (Clark Kent's adoptive father) always told Clark to hide his powers from the world, because the people he’s also supposed to protect will reject him in one form or another. There is a scene where young Clark is practically getting scolded by Pappa Kent for using his powers to keep a literal busload of children from drowning. When Clark asks if he should have just let them all die, Old Daddy responds with an absolutely insane, “Maybe.” (What all of the fuck!?) Jonathan Kent later dies a very preventable death because he tells Clark not to use his super-ness to save him.
As a child, Clark wasn’t allowed to play with other kids; he had to be wary of what people were actually like. He wasn’t allowed to play sports. He had to be guarded and have secrets since birth. It’s a good thing he didn’t turn out to be a murderer! (foreshadowing?)
At the end of the original Superman movie, the titular hero flies Lex Luther into a prison. Superman’s response to the warden thanking him on behalf of the country was, “No sir. Don’t thank me, Warden. We’re all part of the same team! Good night!” He’s so nice! But in Zack Snyder’s The Passion of the Man of Steel, Superman doesn’t seem to like his job. When our main villain General Zod shows up to threaten Earth if Kal-El (Clark’s Christian name) doesn’t come forward, Clark contemplates with a priest whether or not he should meet Zod for coffee, or whatever. He wonders if the people of Earth deserve to be saved. He has a hard time deciding if he wants to be the savior of the world, like a new Jesus Christ. 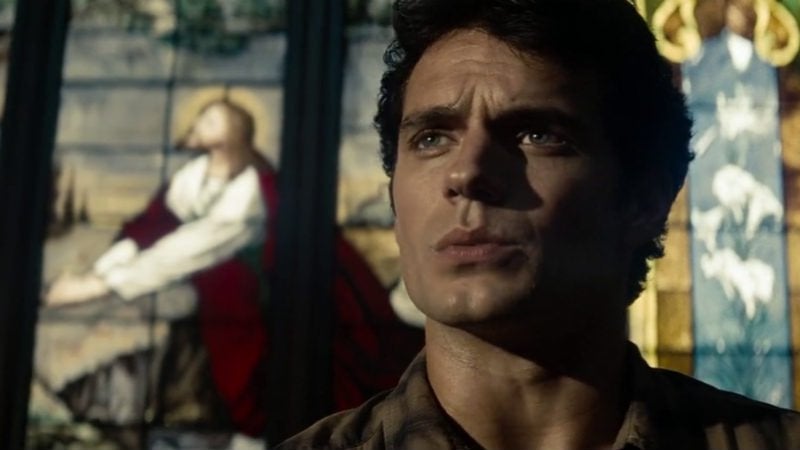 By the end of Snyder’s movie, Clark Kent is finally fine with being Superman. But he wants to do it on his own terms, by himself. He doesn’t want to be bothered by the government. He prefers to work alone. Which, honestly, I get it. I also don’t love being around people all the time. But that’s why I haven’t applied to be a superman. I would be a terrible superman! There’d probably be a few instances where if someone is getting mugged, I'd look away because I didn't like the way they walked, and also I don't like confrontation. But Superman is not me! Still, Snyder made Superman into this begrudged god that has the ability to save the world but barely wants to because, like, ugh, people, you know? Gross.
Back to Zack Snyder’s Man of Steel Begins. The movie opens on Krypton, the homeworld of Superman. We see Jor-El (aka Superdaddy) speaking to a few politicians about the end of the world. Pleading for them to let him have a sacred Krypton thing that will help him preserve the bloodlines of the Kryptonian people. As soon as they rejected his case there was an immediate coup attempt that triggered flashbacks of a presidency (of THIS country). PTSD is real, guys. Donate to something. The villainous General Zod explodes from a hallway behind Jor-El, shoots a congresswoman, and seizes the rest of congress. There’s some ensuing violence that makes it possible for Jor-El to obtain Sacred Krypton Thing.
As an outside observer, or if you skipped the part where Jor-El beats up a couple of Zod cronies, it would seem like Zod and Jor-El were in cahoots. Team JorZod, some may say. Throughout Man of Steel: First Blood, violence is needed for good to prevail. But the whole movie is super preachy about peace being the better option. As a preteen, Clark was commended for not fighting his bullies because he has the ability to explode children. Which is good. Bullying is a problem in our adolescent years, but bullies should not be on the receiving end of death. But maybe Jonathan Kent should have been teaching his ultra child a little bit about anger management in self-defense, and how not to go from 0-100 while defending yourself. Maybe, Jonathan Kent is a bad father.
I get that ultimately, it’s an action movie. And to be an action movie, action needs to happen. But Zack Snyder presents ideas of peace. Clark Kent was taught to try to be a pacifist whenever he could. But when General Zod first showed up, he was all the way weaker than Superman. If Superman just killed Zod then and there, then so many people in Metropolis would not have died.
And, yes. It makes sense for the story for Superman to have to overcome his lifelong lesson of “murder = bad.” Because we need our protagonists to die to themselves. As character development goes, they need to be changed in the end, or else what was the point in following our hero through any journey. But Zack Snyder rebooted a movie where the themes and characteristics of the characters were already one thing and just made it an opposite version. He made Superman, a force for good, a bad person. In the conclusion of the 1978 Superman, General Zod was recaptured in a triangular prison and sent drifting through space forever. By the end of Snyder’s movie, in order to stop General Zod, Superman had to ignore everything he was taught and murder General Zod. Snyder took his source material and flipped it into a dystopian version. Because being a good guy is no longer enough. Peace is a nice thought, but sometimes you gotta do what gots to be done.
_
dceu film man of steel superman zack snyder