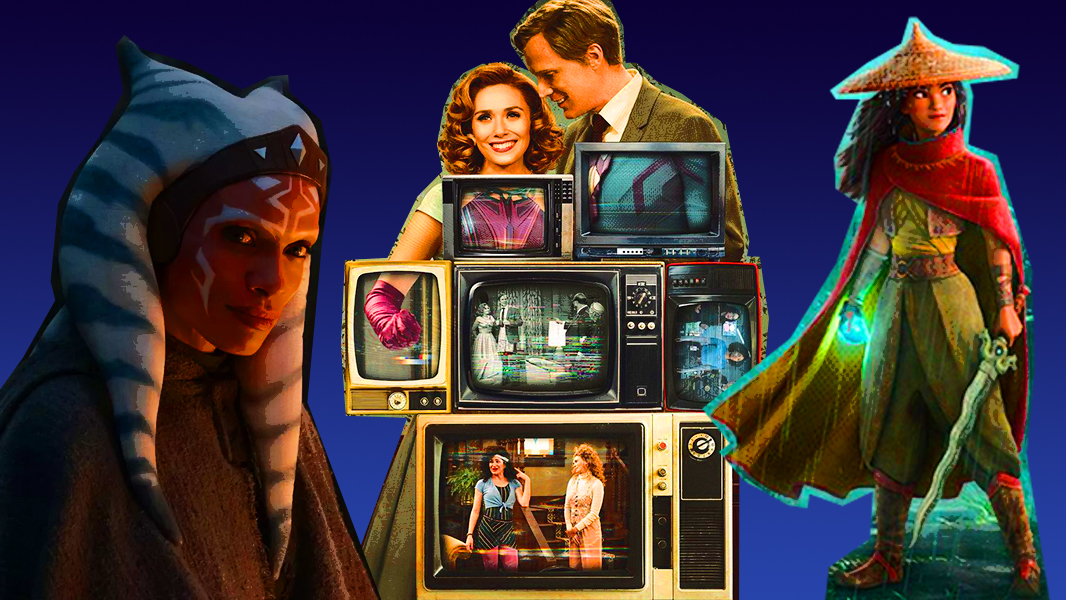 Whoa, what a day of announcements! The Walt Disney Company hosted its annual Investor Day to recap shareholders on 2020 and also update them on all of their upcoming projects, and between Disney Animation, Star Wars, Marvel, Pixar, and so on, there was a TON of news. So much so that we figured it would be easier to recap with a blog post!

Disney+ was unsurprisingly the focus of the announcements. As the theatrical model has seen a major shakeup this year, Disney is going all in on its one-year-old streaming service, which now boasts over 86 million subscribers.

Take a look at the major announcements from the House of Mouse:

Content from Disney's animation studio is making its way to Disney+ soon.

After the success of The Mandalorian, Disney is diving headfirst into expanding the Star Wars television universe with 10 planned series over the next few years.

The next phase of the MCU will expand into television, with several Marvel properties set to appear on Disney+.

Elsewhere in the Disneysphere...
...and I'm sure I'm forgetting something! This recap covers more news from Disney-owned properties like ESPN and FX too. But wow, we get it, Disney, you own everything. So, what announcements are you most excited about?
disney marvel star wars