To balance out last month's lack of movie watching, I watched a lot of films this month! Some good, some bad, some old, some new, and all my thoughts below! As always, I also enjoyed a fair amount of television, including some continuing series from August.

Maybe it's because I had to sit through a Q&A with Kaufman at USC where film bros were fawning over him and singing "It's more of a comment than a question" praises toward him, but I find Kaufman to be somewhat overrated. Nevertheless, I find both Jesse Plemmons and Jessie Buckley to be immensely talented actors, so I gave this one a go and actually found myself liking it despite myself.

It's an absolute mind fuck that will require several post-viewing essays and secondary watches to fully comprehend, and you should throw your phone on the other side of the room if you even hope for any of it to make sense, but I'm Thinking of Ending Things is bizarre and fascinating and creative. I'm not sure if I love the final "reveal" of the movie, if you can call it that, but the performances are great and Kaufman certainly has more to say here than in a lot of his other works.

Rachel Leigh Cook and Damon Wayans Jr. are both better than this by-the-numbers Netflix rom-com that feels more like a rejected Hallmark script, it's that hokey. Also, usually Netflix's projects are a little more progressive than their cable counterparts, but this movie reeks of tired tropes like the sassy gay assistant with no life of his own beyond helping his boss find love, and the career-minded woman who can't possibly have time for romance. It's 2020, let's mix it up a bit!

It's incredible how captivating two people talking can be when their chemistry is perfect. This movie is a bore if not for the electric charm of Ethan Hawke and Julie Delpy, but of course they are phenomenal together. Every glance, every touch, every smile, even the awkwardness of two strangers trying to get a feel for one another...I was so invested in their relationship, much more than I was expecting at the beginning. They really are a mesmerizing pair.

Side note: if you're feeling wanderlust while working from home indefinitely in your apartment, watch this (and the rest of the Before trilogy) at your own risk.

While part of me wishes I could experience the decade-long gaps between Before Sunrise and Before Sunset, I was only 1 when the first movie came out and 10 when the second premiered, so I was never going to have the experience of not knowing what came next after Celine hopped on that train. At least I waited a week before watching the second installment!

Again, I am absolutely in awe of how fantastic Hake and Delpy are in their roles here. This movie is 95% walking and talking, and not in a snappy Aaron Sorkin way but in an "ambling down the streets of Paris" way, which could be agonizingly dreadful in its lack of traditional plot, but in their hands is just delightful. I found myself mirroring their reactions to one another, laughing with a joke, cringing with an awkward silence, smiling with a sweet moment alongside them both.

Right before Schitt's Creek swept the Emmys, I felt like this was the perfect thing to watch while I wait for the final season to come to Netflix. Starring the iconic duo that is Eugene Levy and Catherine O'Hara, alongside plenty of other comedic faves, this satirical look at the world of competitive dog shows was funny and quirky. It wasn't quite as 'laugh out loud' funny as I had anticipated, but it was a great watch for a quiet evening.

There's something about Greta Gerwig that is just so relatable, especially in Frances Ha where she's trying to navigate life as a 20-something New York creative surrounded by people who seem to have found much more success (or were just born into wealthier families) than she. The struggle to make a living as an artist, changing friendship dynamics, and the constant shuffling of living spaces as Frances tries to make her place in the world...I felt it all too well. The black and white cinematography felt a little gimmicky, as if trying to bathe the grimy streets of New York with a sheen of unearned sophistication that didn't quite fit with Frances' character, but other than that I enjoyed this one a lot.

Sometime you just need a classic technicolor Movie Musical to take your mind off things for a few hours. This movie is quite charming and the costumes are magnificent throughout, but the real highlight was the extended dance finale. I really do wish they made more movies like this these days. It clearly had a major influence on La La Land (I watched some of the musical numbers on YouTube once I finished An American In Paris) but it would be nice to have more fun musicals with beautiful scenery and spectacle.

Also, I know Technicolor in the traditional sense is extremely cost prohibitive and limiting, but gosh, I wish more filmmakers these days would use color like that. I'm tired of sepia tones and neutral vistas, give me some blindingly bright red and neon green popping off the screen!

This is one of those movies that I posted all over my Tumblr back in the day without ever having actually seen the film, so I finally sat down to watch and see if it lived up to my teenage expectations. The verdict: it was pretty good! I love Carrey Mulligan and am of course a sucker for some 1960s fashion and weekend trips to Paris, but I really love how this movie captured the coming of age genre and struck the right balance between youthful idealism and mature realism.

Millie Bobby Brown is so charming as the lead that you'll excuse the weird plotting, tonal shifts, and the buffest Sherlock Holmes we've ever seen on screen. I have little doubt in my mind that this is a jumping off point for either a TV show or series of films, and I'm good with that.

Despite hating a lot of the over-the-top goriness of this satirical superhero series, I admire the story they are telling and the allegories they're infusing into the plot that I'm willing to overlook the bloody outbursts (or more likely, looking away). The second season has upped the ante in a lot of ways, with bigger action set pieces, more devious "supes" and more jabs at Marvel and DC (which I really appreciate) but what I've really enjoyed so far are the quieter analyses of these characters' psychologies. What makes a man want to continually square up against a literal Superman? What drives a relatively innocent character to make more and more moral compromises at the expense of helping the cause at large? It's good fun, but it's also getting at a lot of deeper themes; not to mention, it's one of the best understandings of America's current political climate in media right now.

As I said last month, this show is just so fun! The reassuring structure of a procedural mixed with supernatural season-long mysteries and arcs...I love it.

While I wasn't the biggest fan of the final season (it felt rushed) but I really enjoyed the third season and the exploration of having an airbender be the villain of the season. I think this really drove home the idea that anyone has the capacity for both good and evil, and your element doesn't necessarily have anything to do with your virtue or character.

If you were a fan of The Karate Kid, you'll enjoy this sequel series that follows Daniel LaRusso and Johnny Lawrence into middle age as they teach a new generation of teens the ways of karate. There's a lot of nostalgia for the original film and the 80s in general, but I love how the series works to recontextualize and complicate the framing of the original movie. Was it ever really as black and white as Daniel = good guy and Johnny = bad guy?

If you liked Schitt's Creek you'll enjoy this similarly quirky Canadian comedy about a Korean family. I wouldn't say it's laugh out loud funny, but the family dynamics are really great and entertaining, particularly Mr. Kim as an immigrant spin on the Archie Bunker archetype. 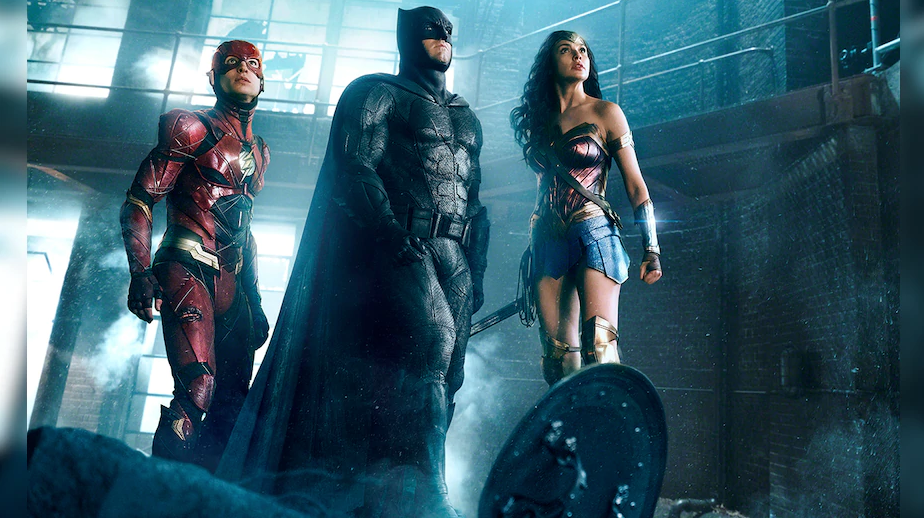 Justice League: The Just Us League

Warner Bros. Written by James Augspurger In anticipation of the highly-discussed "Snyder Cut" of Justice League (due on March 18), we're excited to introduce the final essay in James' three-part series examining Zack Snyder's work, especially as it pertains to his entries in the DC Extended Universe. You can read the first part HERE and the second HERE . Before we start, I’d like you to do something. To get in the mood, I’d like you to picture me picking myself up off of my laptop after I passed out because I sighed for 10 straight minutes because I’m writing about Zack Snyder AGAIN. Ugh, here we go. In my last two pieces about Zack Snyder (which you can read here and here), I brought up what Snyder characters do: how they learn, what they learn, and if they learn anything at all. This one is going to be about us; what we can learn from his movies, what we can take away, how we can relate, and what we can do. After all, how would a bland filmmaker become a bland