We love Halloween for a lot of reasons—candy, pumpkins, haunted houses—but what we love most of all is that the holiday gives us the chance to dress up as our favorite pop culture characters! And let us tell you, reader, there are quite a few major pop culture moments to choose from this year.

It might be the middle of Autumn, but Hot Girl Midsommar lives on forever when you’re the May Queen!

What You’ll Need: A white peasant-style maxi dress and a flower crown obnoxious enough to make any Coachella girl jealous
Bonus Points If: your boyfriend dresses up in a bear suit. Don’t tell him what it’s for though. It’s a fun little secret!

It became a critical darling. It set off the Year of Hot Priest. It created a craze about a particular jumpsuit. It’s none other than Phoebe Waller-Bridge’s Fleabag, of course! The show won all the Emmys so it’s on everyone’s minds, and because the series ended, this is the one year you can rock that it will be a hot topic.

What You’ll Need: That jumpsuit, of course! And a chic, Marion Cotillard-esque hairdo. Your SO just needs to stop by his nearest Catholic Priest Outfitters...that’s a thing, right?
Bonus Points If: you spend the whole evening randomly breaking the fourth wall. 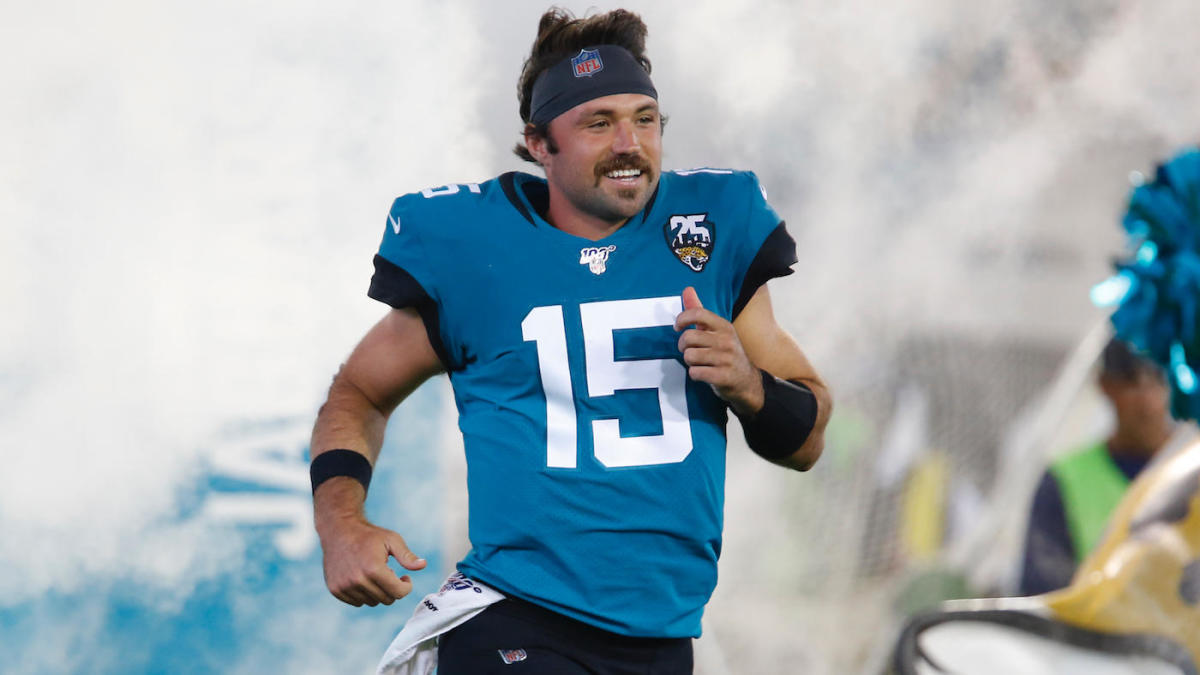 Would you just look at this guy? Instantly iconic. Instantly costume-worthy. The Jacksonville Jaguars quarterback exploded onto the scene this year and we cannot wait to see your best interpretations.

What You’ll Need: A Jaguars jersey, a headband, and a legendary mustache
Bonus Points If: you are bold enough to go for his off-the-field look—which includes stretching wearing only a jockstrap, shades, and a headband—or the many flashy jackets he sports pregame.

Any Character from The Masked Singer

For anyone who loves an elaborate, professional-grade DIY costume, we challenge you to take on any of the outrageous getups from The Masked Singer.

What You’ll Need: a high level of costume design experience and the ability to be comfortable wearing a heavy costume all night long.
Bonus Points If: You arrive to your Halloween party and refuse to reveal your identity until the end of the evening. Everyone loves an air of mystery! (This is also a great way to get away with party crashing, maybe?)

The Hustlers from Hustlers

Where my girls at!? This is a fun group costume for any girl squad, or anyone who just wants to wear skimpy clothing but be culturally relevant. We don’t judge!

What You’ll Need: Towering stripper heels, a fur (or faux fur) coat, and lingerie...or just anything body-con if you’re more comfortable with that!
Bonus Points If: you scam Wall Street bros out of their ill-gotten gains...just kidding! Please don’t do anything illegal!

This was THE young adult craze of the summer and it’s pretty easy to get the look. Even better, the HBO series featured a Halloween episode, so you can get really meta and dress as “Euphoria character dressed up for Halloween” for Halloween.

What You’ll Need: GLITTER TEARS! And the attitude of the world’s coolest teens.
Bonus Points If: Your parents ground you for wearing any of these costumes. I don't care if you're an adult.

The Starbucks Coffee Cup from Game of Thrones

Game of Thrones will be remembered for a lot of things. A satisfying ending? Probably not. A once-in-a-generation television phenomenon? Sure. An instantly iconic Starbucks coffee cup left in the middle of a scene? ABSOLUTELY.

What You’ll Need: A giant coffee cup to wear! Preferably with Daenerys’s full name and title listed.
Bonus Points If: you get a friend to dress up as the water bottle from the finale.

Speaking of Game of Thrones, good riddance! HBO has a new flagship drama in town and her name is Succession. The second season will have just finished airing, so it’s quite topical! And while plenty of characters are costume-worthy, we’d love to see people take on the Roy family patriarch.

What You’ll Need: A baseball cap, a quarter zip/vest combo, and four children futilely fighting for your nonexistent fatherly affection
Bonus Points If: You tell any and everyone to “Fuck off” and get a riotous game of "Boar on the Floor" going.

Once Upon A Time In...Hollywood

What You’ll Need: If you and a friend are going as Rick and Cliff, we recommend their iconic outfits from the posters. Sure, you won’t be as handsome as Leo and Brad (please don’t fight us on this; you aren't as handsome) but you’ll look as close to movie stars as you can! OR, if you’re riding solo, we highly recommend rocking a robe and margarita blender.
Bonus Points If: A small child comes up to you and says, “That was the best costume I’ve ever seen in my whole life.”

Miley Cyrus is having the 2019 of her life, but no moment is more costume-able than her Black Mirror performance as Ashley O.

What You’ll Need: a purple bob wig and white crop top and skirt.
Bonus Points If: you have a fully-operational Ashley O doll to accompany you all night.

Avengers: Endgame was a major cultural moment whether you or Martin Scorsese care to admit. There are a bajillion characters from the movie to dress up as, but none more iconic than Sad Thor.

What You’ll Need: A braided beard, a beer gut, and zero f***s to give.
Bonus Points If: you have a rock-like alien there to clap back against Fortnite trolls.

Now it''s your turn! Tell us what you're dressing up as for Halloween!