September 23, 2019
It’s the 23rd of September, also known as the first official day of fall! With the start of a new season, there are a lot of things to look forward to: changing leaves, pumpkin spice lattes, and cozy sweaters. But here at White Rice, the thing we are most excited for is new fall TV!

The 5 broadcast networks (ABC, CBS, The CW, FOX, and NBC) have quite a few brand new shows premiering over the next couple of weeks, so we’re giving you the scoop on all the new series, plus the ones we are most looking forward to! 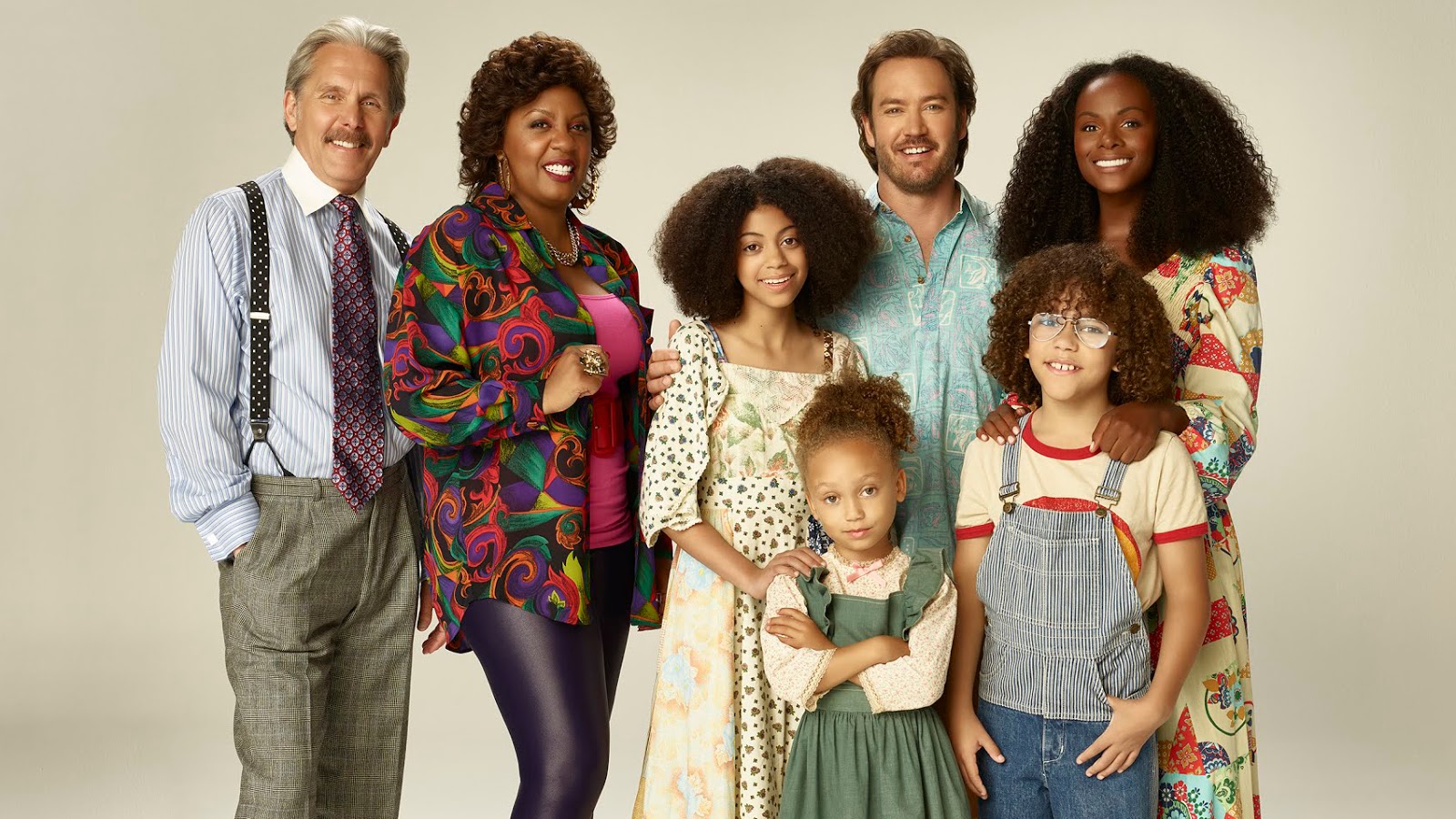 A police chief takes in a young child she finds at the site of a mysterious accident. The child has no memory of what has happened, and the chief discovers there is a bigger conspiracy at hand. Premieres on Tuesday 9/24.

A young girl from a mixed-race family must deal with the pains of growing up in the 80s, especially when they move from a commune to a new suburban neighborhood. Premieres on Tuesday 9/24.

An Army veteran (Cobie Smulders) solves crimes and cares for her brother in this adaptation of the graphic novel series of the same name. Premieres on Wednesday 9/25. 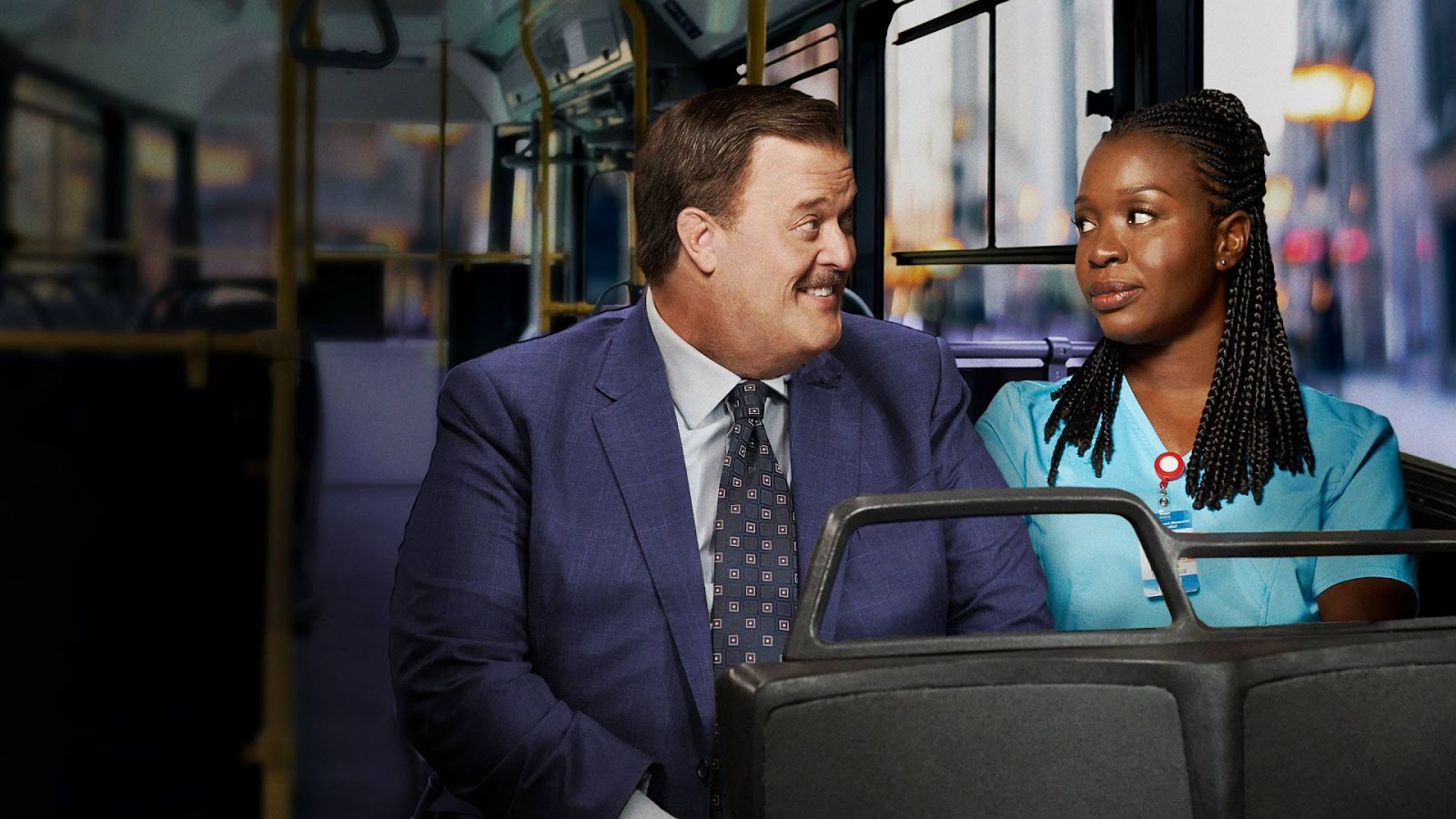 A courthouse drama about the lives of the judges, prosecutors, and public defenders who serve justice. Premieres on Monday 9/23.

A romantic comedy about a middle-aged businessman who falls in love with his Nigerian immigrant nurse, who’s helping him recover from a heart attack. Premieres on Monday 9/23.

A woman in her 50s balances raising a family on her own while also going to school to become a doctor. Premieres on Thursday 9/26.

A skeptical female psychologist (Katja Herbers) and priest in training (Mike Colter) team up to investigate mysterious happenings. We’re getting major X-Files vibes from this one. Premieres on Thursday 9/26.

Wade (Walton Goggins) must adapt to a new normal with the help of his close friends after losing his wife a year earlier. Premieres on Thursday 9/26. 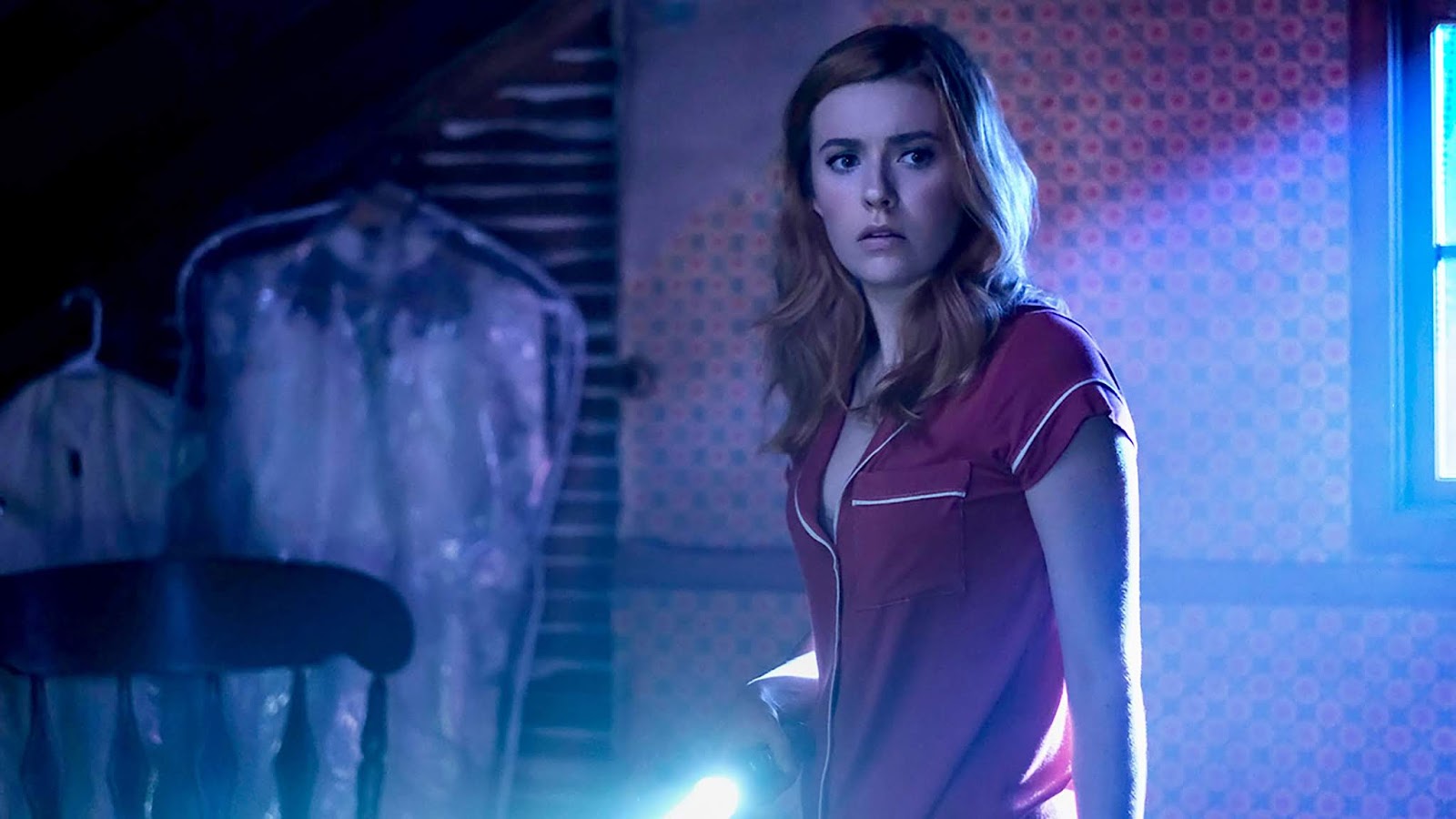 Your favorite teen detective is exploring new mysteries in this Riverdale-esque reboot. Premieres on Wednesday 10/9. 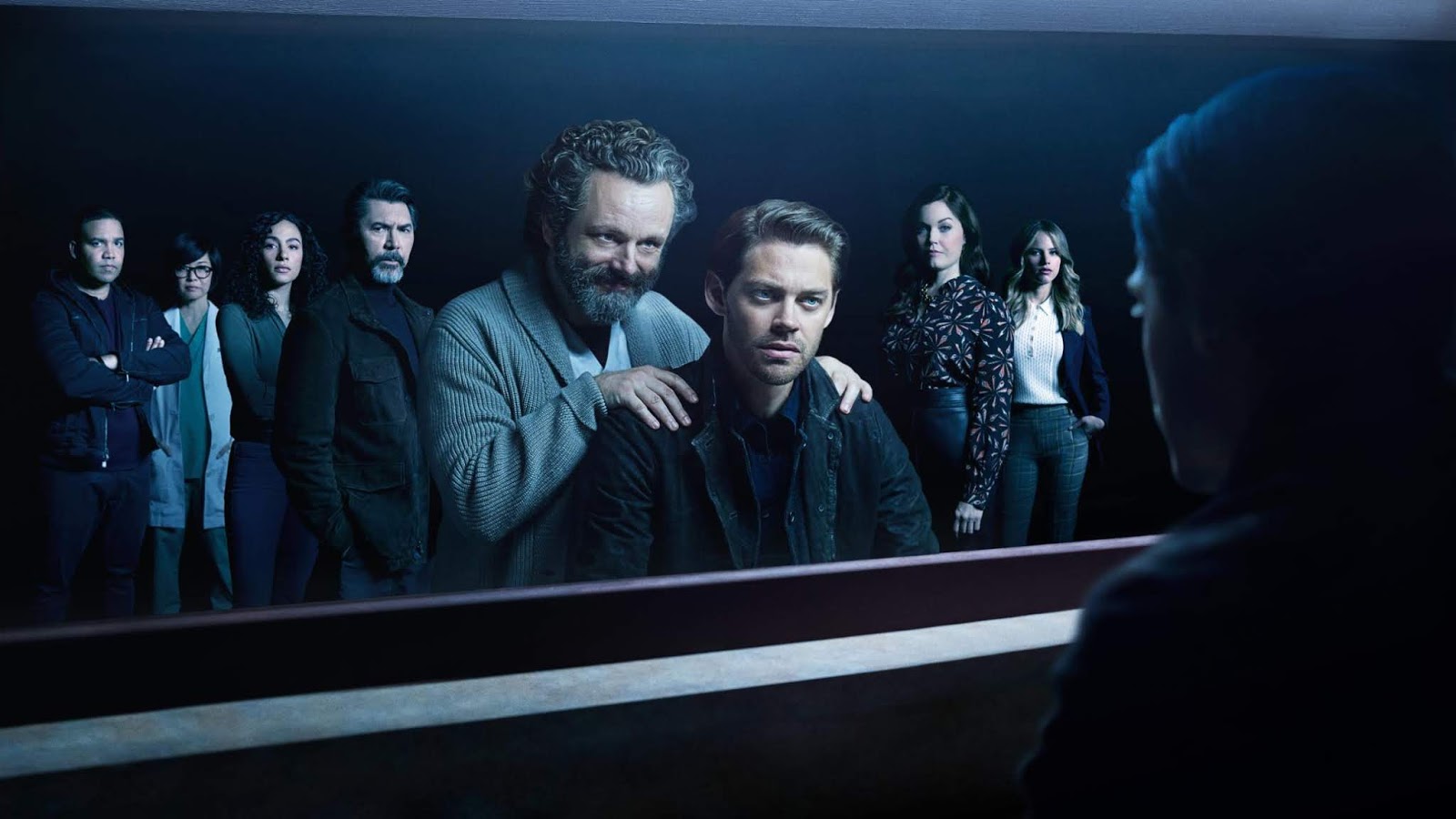 Three women have their lives turned upside down when they find out they’re related. Premieres on Wednesday 10/2.

This Southern family may be short on cash, but they’re big on heart. Premieres on Sunday 9/29.

Dad (Michael Sheen) is a serial killer. Son (Tom Payne) is determined to hunt down murderers. And you thought your family was complicated. Premieres on Monday 9/23. 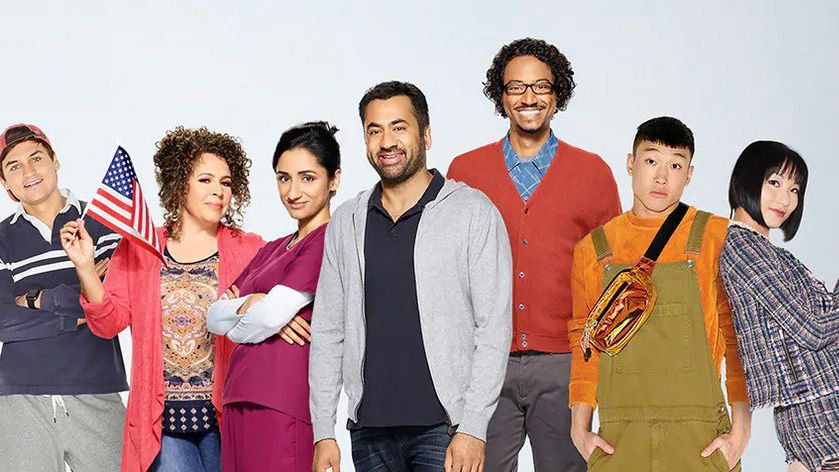 A brilliant lawyer reunites with her estranged father (Jimmy Smits) after the passing of their mother. Now back together, the father and daughter will fight injustice under the family’s legendary law firm. Premieres on Monday 9/23.

A former Princeton music professor (Bradley Whitford) stumbles upon a small-town church choir and makes it his mission to transform the group. Premieres on Thursday 9/26.

WHAT LINDSEY WILL BE TUNING IN TO:

NBC has had a pretty good track record with comedies in recent years (The Good Place, Superstore, Brooklyn 99) so I’m hoping that Sunnyside and Perfect Harmony will bring those same good vibes.

Over on FOX, the premises of Almost Family and Prodigal Son are intriguing enough to get me to watch their pilots...daddy issues galore in both those shows!

I’m usually quite averse to anything on CBS that isn’t The Good Wife, but The Unicorn looks sweet, if not a little overly sappy.

On ABC, Stumptown looks like fun, and I do love Cobie Smulders and Jake Johnson, so that team up seems promising.

And then of course I’m contractually obligated to at least watch the pilot of every CW show, so I will definitely tune into Batwoman and Nancy Drew. The contract is between me and myself, and there are no ramifications if I don’t obey, but...I just love a good CW show!

WHAT STEPH WILL BE TUNING IN TO:

Because I’m still heartbroken from the fall 2016 pilot season we last covered in White Rice 1.0, I will try to limit my investment. However, I am very excited for both Perfect Harmony and Prodigal Son based on the featured talent. Michael Sheen (for Prodigal Son) on network TV? I’m in.

I also truly believe the world could use more shows like Perfect Harmony that just seem like good lighthearted fun. The puns seem to be on point and I love anything that’s music related. (Unfortunately The Masked Singer does not count here, but I’ll throw a plug in anyways for my favorite guilty pleasure). Plus with The Good Place ending soon, I think I’ll need a new comedy to fill that void.

What new fall shows will you be watching? Let us know in the comments!
abc broadcast television cbs fox lindsey nbc new series steph television the cw tv tv guide what to watch